Syd Kennedy was stage manager of the Christchurch Symphony, a position he held from August 1992 until December 1999. He was given the delightful nickname of 'Symphony Syd' from the great jazz classic 'Jumpin with Symphony Syd'.

Syd also acted as Stage Manager for the Jubilate Choir and Orchestra, and the Christchurch Civic Music Council. 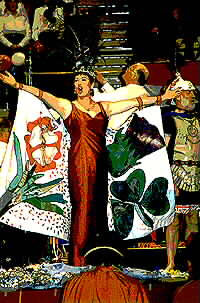 The highly popular antipodean version of the traditional Last Night of the Proms featured a fresh approach and Symphony Syd doubling as a soldier... great legs Syd! The sharp-eyed will also spot the Union Jack shorts! 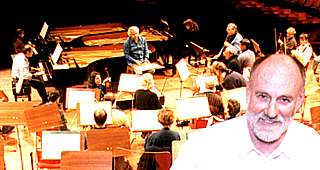 A unique stage setting for the Mozart Concerto in F Major (K. 242) for three pianos 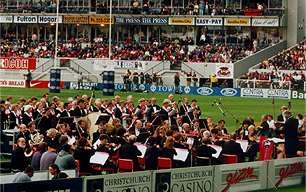 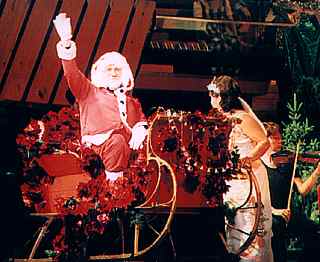